Sometimes unexpected things do happen. Last year I published a post about a Canadian War Cemetery near Groesbeek the Netherlands overlooking the German border region near the Rhine. A Canadian newspaper, who are working on a special coverage on the 65th commemoration of the liberation of the Netherlands, contacted me for one of these photographs. 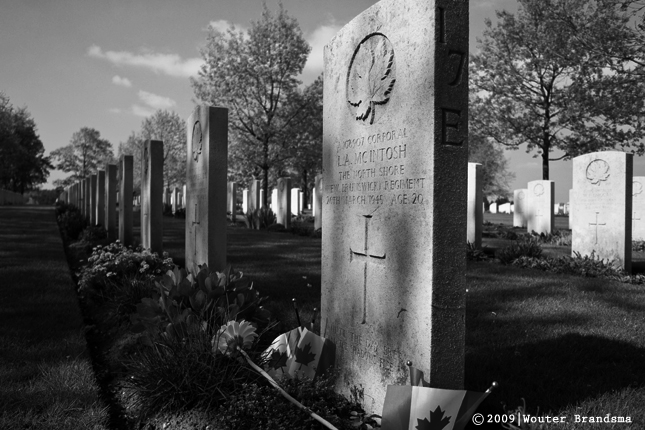 A 78-year-old woman from London, Ontario, read the newspaper yesterday. When she saw the photograph and read the inscription on the grave of the soldier, she realised that it was her brother’s grave who died in Germany less than two months before the war in Europe ended. 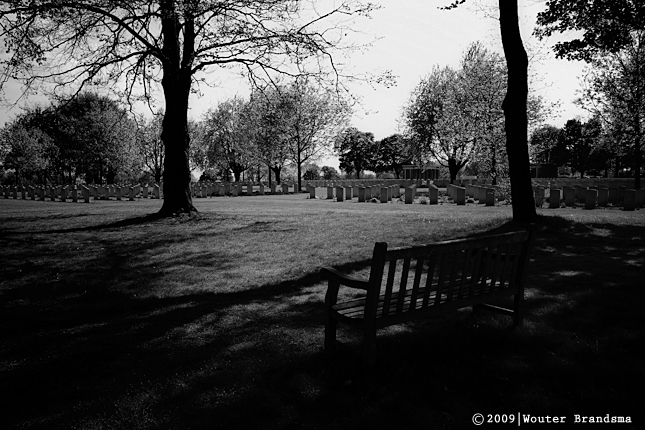 65 years have passed, we take our freedom for granted, and while the numbers of lives lost in the war were earth-shattering, it makes me realize that all of them should not be forgotten. Not of Corporal L.A. McIntosh, private L.F. Pringlemeir, rifleman R.J. Mc Donald, and many of their brothers.