The first buzz of Olympus E-P1 has settled after nearly a week and it seems that quite a lot of my contacts are considering this camera. But would I consider it too? I have followed the on-going rumors and excitement the last few weeks with great interest and I think it is great that a manufacturer finally has the balls to develop such a camera. And I can only hope more will follow. 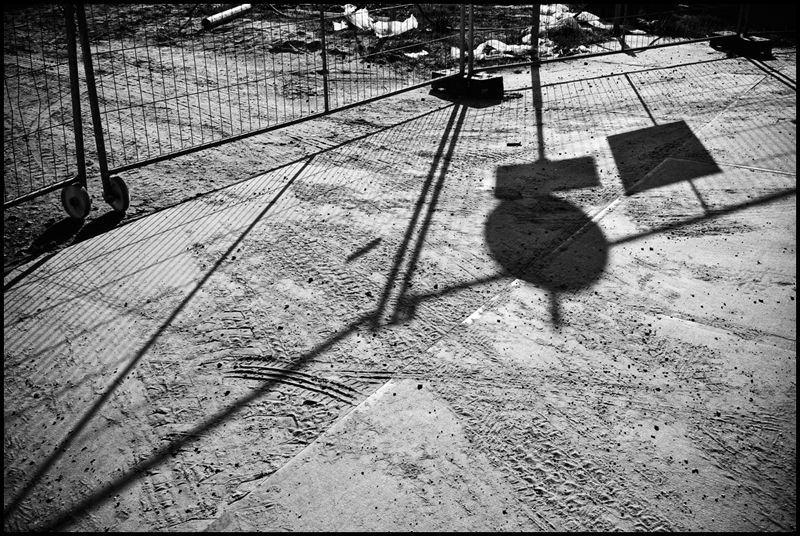 I think the E-P1 is an interesting concept and I personally like the form factor. I do however think that the camera looks a bit like a gimmick. Either shiny silver or white (?). I don’t get it. Why develop a small unobtrusive camera with interchangeable lenses when the coloring can easily be noticed? Why not use the same finish as with the dSLR’s from Olympus, black and ruggid.

Olympus admitted they use in-camera distortion correction to develop small lenses. And yes, the 17mm f/2.8 prime does look small. But after seeing some first photographs from this lens I am not really excited. I have seen photographs with strange looking square formatted patterns in the blurred backgrounds. Quite unnatural and very unpleasent. I have tried some RAW photographs from the E-P1 too and I was able to open them in Lightzone. They all opened way too dark and increasing the exposure in post processing resulted in more noise. Strange and I wonder what Olympus will apply in their RAW processor (or demand from other software developers) to handle their RAW photographs.

But in the between all the topics of gearheads and the bashing and trashing of cameras I have come to the conclusion that I haven’t been able to photograph this week. Thankfully the weekend started and tomorrow I will go to the North Sea beach. The beach is always a great place for photographic opportunities in my opinion. And since I decided to take the Sigma DP1 with me I thought it was appropriate to post some recent photographs taken with my, not forgotten, Ricoh GX200.

In the end however the gear doesn’t matter to me, photographs do.

Update June 20, 2009
Also RAW Therapee is able to open the RAW photographs from the E-P1 and seems to do a much better job in my opinion.

Although the official announcement of the new Olympus E-P1 will be tomorrow afternoon, June 16th in Tokyo, images and specs have appeared all over the net. The camera will come with a 12.3 mp livemos sensor and a 3″ LCD screen with 230,000 pixels. In auto mode the ISO range will be from 200 to 3200 and in manual mode from 100 to 6400. The first sample images can be seen here.

The camera will have the following file formats: 12 bit RAW, jpeg, RAW + jpeg, and AVI motion jpeg. Both sRGB and AdobeRGB are available as color spaces. The camera will be able to capture a maximum of 10 RAW photographs in a burst. It can capture images in the image ratios 4:3, 3:2, 16:9, and 6:6. And when you shoot in RAW the image ratio will recorded in the EXIF data. The first lenses to be released will be a 14-42mm f/3.5-f/5.6 zoom lens and a 17mm f/2.8 prime lens.

The camera will also have a 30 fps 720p HD movie mode. Recording will be on SD and SDHC cards with a maximum duration of 7 minutes in HD mode and 14 minutes in SD mode.

Update June 16, 2009:
The camera is now officially announced. For more news about the E-P1 see the Olympus PEN site and the hands-on preview at dpreview.com.

More rumors and even an interesting photograph of the Olympus E-P1 micro Four/Third camera starts to appear (thanks to 1001 Noisy Cameras). I like the size of the 17mm f/2.8 prime lens. It will have a movie mode, but no flash. And I understand that the camera will have SD/SDHC support, instead of the xF card support.

And in anticipation of the final outcome see here the preparations.


Will It Blend? | Presented by Blendtec

I personally think Olympus will receive a lot of interest from serious compact users. And they finally might have a seller at hand after they stopped producing there fantastic compact cameras a few years ago (where the C-8080 WideZoom was the last one). I have enjoyed using an Olympus camera in the past. 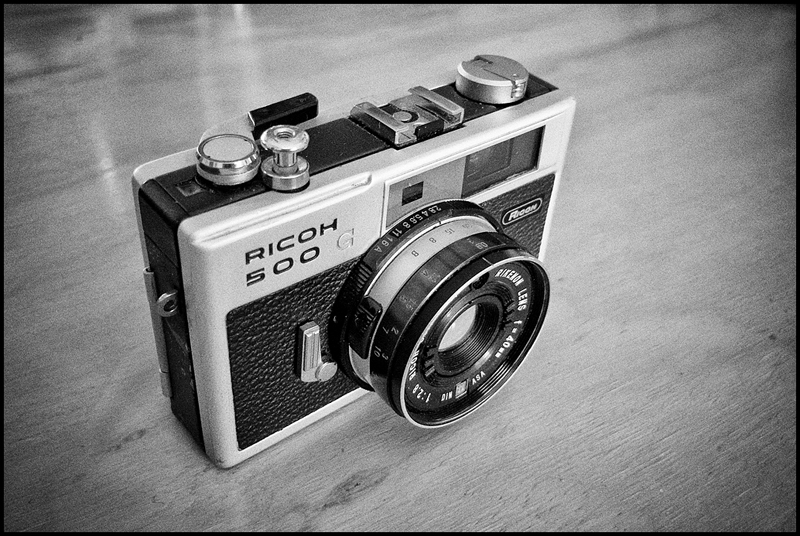 I know, the title is very misleading. But this weekend I got a Ricoh 500G from my friend Ronald. Thank you man. I know that you are a Ricoh man in your heart despite using the Sigma DP1.  It is a small rangefinder camera from the seventies with a nice and small f/2.8 40mm fixed focal length lens. Don’t mistake this with their current Caplio 500G. A nicer Sigma DP2 in my opinion with a similar focal length. 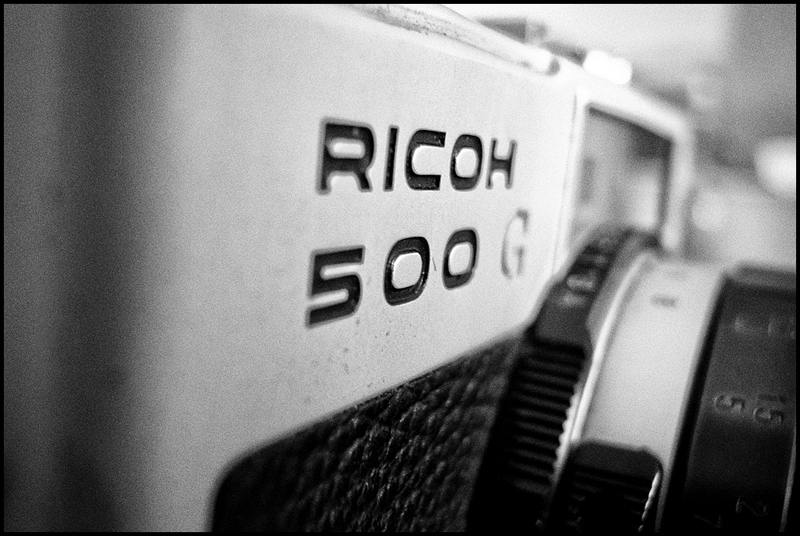 But I should also thank Ronald’s friend Khio for keeping this camera in such a mint condition.

In the meantime more rumors appear about the soon to be announced Olympus m4/3 camera. The possible name could be E-P1 where the P could be a reference to their PEN series cameras from the past. The official announcement day will be June 15.

Finally the first signs of spring appeared with beautiful skies and nice temperatures. While some spent their time in Miami, it gave me an opportunity to check out a local natural site. I not only took my Ricoh GX200 with me, but also the older Olympus C4000z. The first two photographs are taken with the Oly, the rest with the Ricoh.

This site along the river Rhine was part of a stone factory. There are still some buildings left behind. 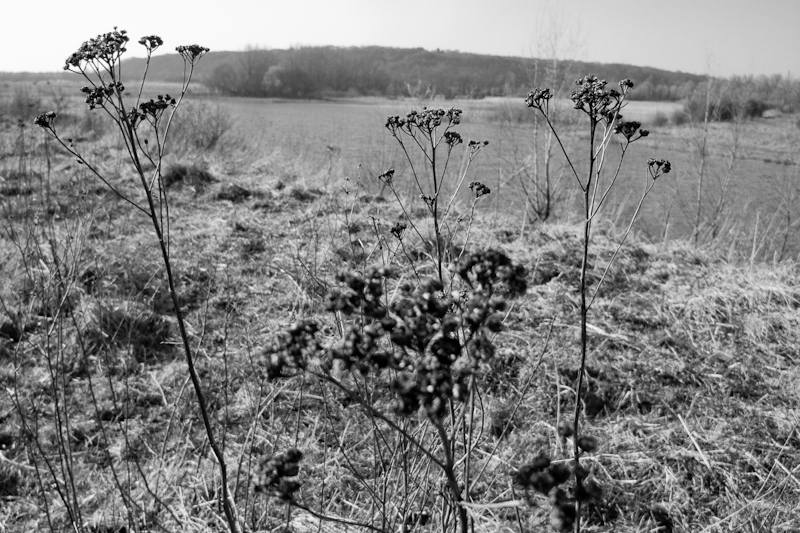 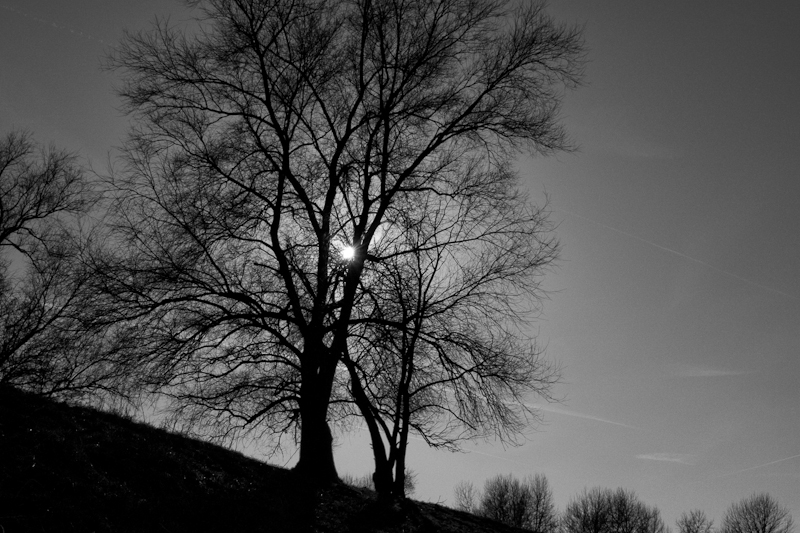 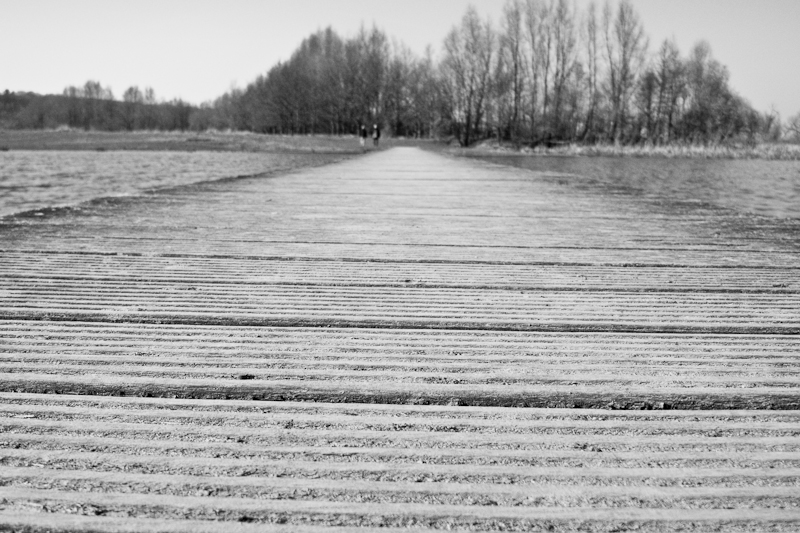 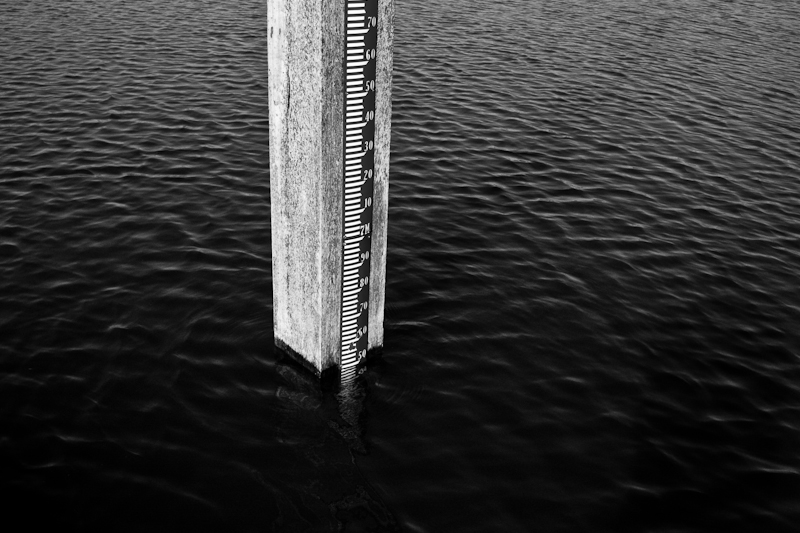 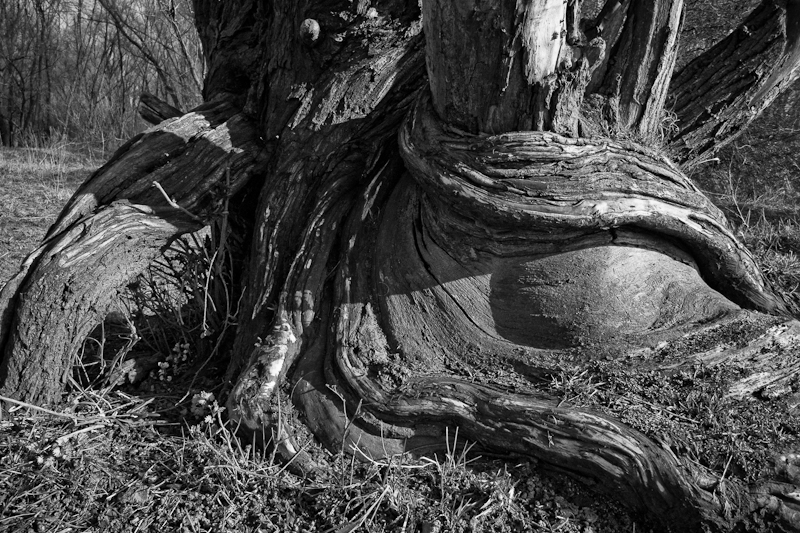 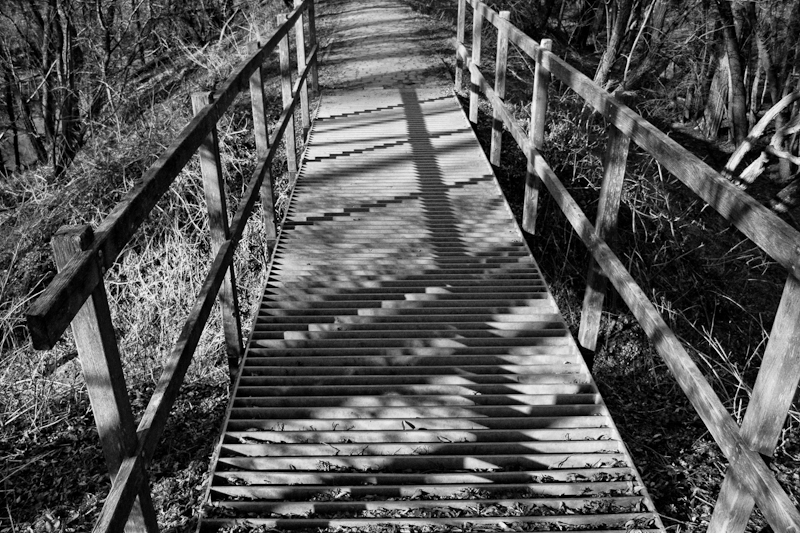