I’ve run this blog since 2007, but I know I haven’t posted a lot in the last two years. Having dealt with a burn-out last year, I’m doing fine now, I started to wonder what to do with my blog. Is a blog about my own photography sustainable, should I broaden my horizon, or should I just put an end to it?

From all the social media efforts and platforms we’ve seen in the last decade I still believe blogging is still the best in the long term. In essence blogging hasn’t changed, while platforms came and disappeared. Whenever a larger company buys a platform it might grow in number of users, but also loses it’s core essence. Just look at Flickr or Instagram, in my opinion.

So I decided to keep running my blog. In what form I’m not still sure yet. Maybe it will become a combination of image(s) posts, micro blogging, and long form pieces. And maybe, or possibly, beyond photography.

The blog is not dead! 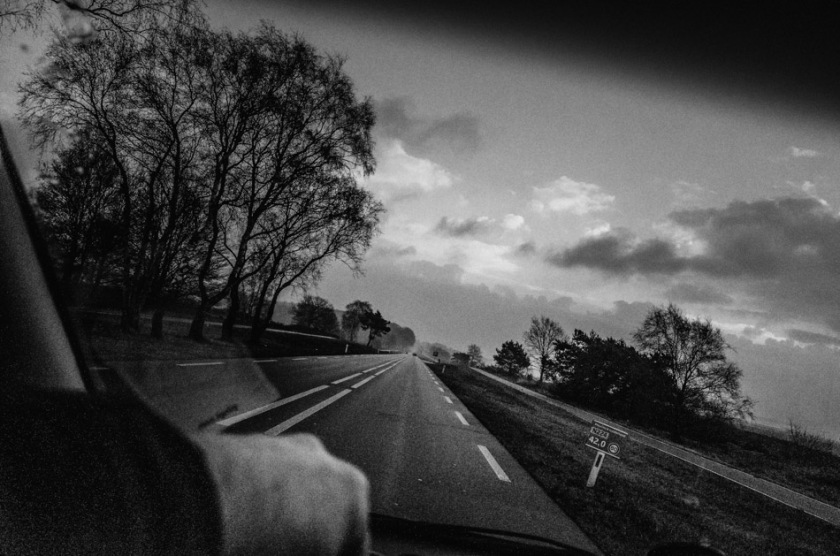 I can drive 80 km/h, look down deep, but it helps to take time. Time to breath, to think, to rest, to continue.

After my previous post I gave it some extra thoughts how I want to proceed with my blog and what I want to do with the older blog posts. It is certainly tempting to host the blog myself outside the wp dot com environment (thanks Jorge for your thoughts on that subject), but I don’t really have the means (especially the finances) to do so. In the last week I also had several discussions with others on how I want to continue with my blog, and what is happening in the blogosphere. Also I had some good exchanges on photography with fellow photographer Josh White. 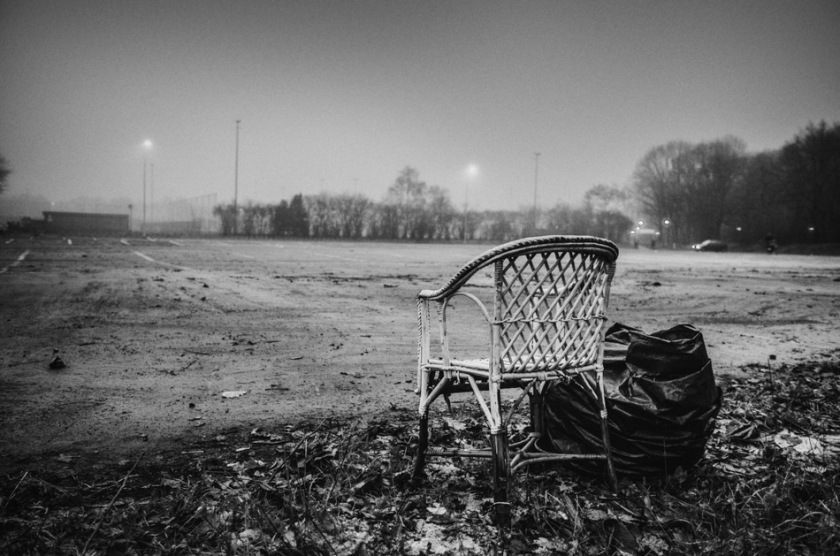 I find it interesting that other bloggers try to figure out what to do with their published stuff. Much gets covered by new posts and images, and what we did gets easily forgotten. I think it is not about rewriting our past, I truly think a blog often echoes a personal diary, but more about restructuring it and make it more easily accessible. Even if I would decide to migrate my blog to a self hosted platform, the restructuring would allow to reduce the number of posts and stored photographs.

The brief moment of reconsideration in the last week also helped me forward in photographing every day again like I did in 2011. While that may seem clueless at first, I found that particular time after all one of the more liberating periods in my photography. Completely unlimited by gear and techniques (sure they are relevant, but became irrelevant through experience and knowledge at some time) only restricted by my personal feelings. I mean, after 72 weeks consecutively photographing I couldn’t remember taking photographs until I reviewed them later on. At that time, last year, it was a shocking experience. The results however have become quite unique documents to me after struggling with that shocking feeling for some time.

In essence, that is for me my stroll photography. My first photo book, Saudade, was about reliving that. I want to work on a similar book for next year though. Some of my blog posts will turn in one form or another into that new book. I’m pretty excited to work on that and it really fits with how I described my feelings in my previous post. 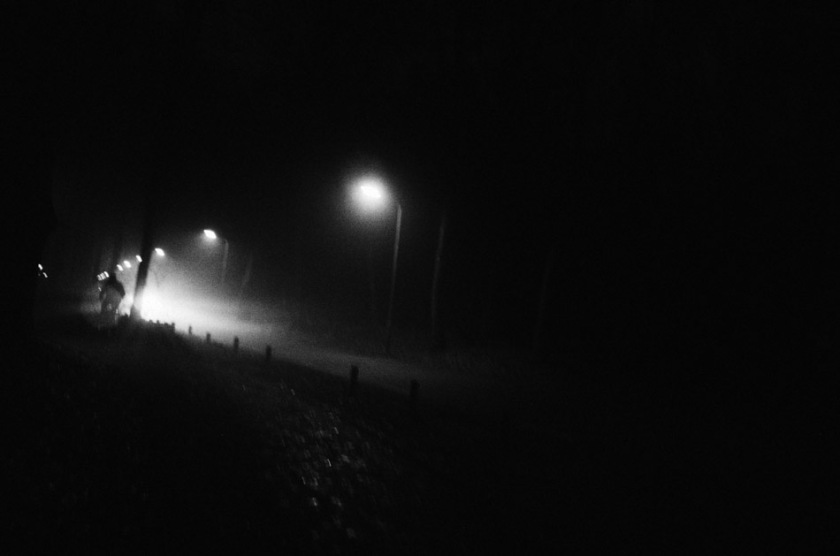 Don’t forget your work, let it breave and remember that time helps. Time and looking back, helps appreciating the road forward.

There is the present, the past, and the future. The glue for me to that is longing, dreaming, desire, and even wishful thinking.

I long for taking more photographs. I desire to be making better photographs. And since today I dream of that new Ricoh GR. Or maybe it all is just wishful thinking. I don’t know. What I do know is that I need to give a big cheer to Don Springer and Olivier Duong for their new e-magazine ‘Insprired Eye‘. Really check this out and make sure to subscribe. For $20 you can help them forward and make it your photography magazine too.

There is a distinctive demand among serious photographers for a high quality compact camera. Small sized, fast, and easy handling camera with raw capability, good optics, and good image quality. Many serious compact cameras do bring some of these features, but no camera comes with everything.

My camera for instance, the Ricoh GX200, has probably the best camera handling in the business together with the GR Digital 2. Excellent raw capability, is fast, and has a very good lens. The image quality is really good at base ISO (64) and ISO 100. It can be good at ISO 200, but don’t underexpose, and becomes less usable at ISO 400 and higher with more noise and considerable loss of detail. Now, the GX200 is not the only camera suffering from the limitations of the sensor. It becomes apparent that the Canon PowerShot G10 has the same caveat. It makes fun to photograph with a great handling camera, but in the end it is still the photograph that matters to me.

Image quality wise the Sigma DP1 is in a different competition. It is yet the only compact camera packed with an APS-C sized sensor, but at the cost of speed and handling. The lens starts at f4 and raw writing times takes longer then on the recently released serious compacts. Nevertheless the lens is very sharp, and the DP1 is also the only compact camera were you can play with shallow depth of field without the macro mode.

Although I personally don’t think Panasonic made the most intuitive user interface, their Lumix DMC-LX3 is probably the best current serious compact camera on the market. Instead of adding more pixels on a sensor, they didn’t increase the numbers. They improved the software engine of the camera that results in some of the finest jpegs from any small sensor camera, especially at higher ISO’s. But at what price? A limited choice of raw processors, more barrel and CA distortion (though cleverly handled by the in-camera software and Silkypix raw processor). But talking about price, it is probably also the cheapest high quality compact camera too in most parts of the world. Unless the Ricoh GX200 is well available in your country.

But what too expect from the near future? I think it is harder to predict future plans since the financial crisis. Many had hoped that more camera manufacturers would follow Sigma developing a compact camera with a larger sensor. This however would result in very high costs in the research and development, and that seems less likely today. At photokina, Ricoh stated to me that they want to improve the image quality of their GR Digital and GX cameras. I am not sure how, but I think the Panasonic method seems most likely. Less pixels, faster lens and better software engine. Sigma introduced the DP2 with a 40mm lens and faster processing at photokina, but with an uncertain release date for 2009.

Less compact, but still more compact then a dSLR is the Panasonic Lumix DMC-G1. Together with the kit lens it is not quite compact, but together with a M-mount wide angle lens it sure is (see it with a C-V 15mm here). And what about the expected Olympus m4/3 camera? The G1 is not at all cheap, and you can get better dSLR cameras for less. The Olympus camera will probably be in the same price range too.

Many, including me, had high expectations about the introductions of many serious compact cameras this year. In the end it was still much of the same though. We might still have to deal with many of the current limitations in the next few years. But these cameras will probably produce increasingly better jpegs with better denoising and dynamic range. But the raw files will make their flaws more noticeable too.

It is still good to know that a manufacturer tries to listen to its customers. Upcoming Sunday there will be a Ricoh meet up in London and some of the Ricoh Europe folks will be there too. See more information here at Ricoh Forum.

Now, the above will be fine when it still fits your style, capabilities, and creativity. In my opinion you shouldn’t buy a camera, because it will make better pictures. Finally, the camera is still just a box capturing light in a fashion you want it too. Make sure you master your camera and the photographs. And live with the thought that you know what you can do with your camera, instead of thinking what you can’t do with it. Take or make photographs, whatever, as long as you have fun.