Last Sunday I promised to do some sort of fun post today. I want to do so with some photographs that didn’t make it before in the final cut. 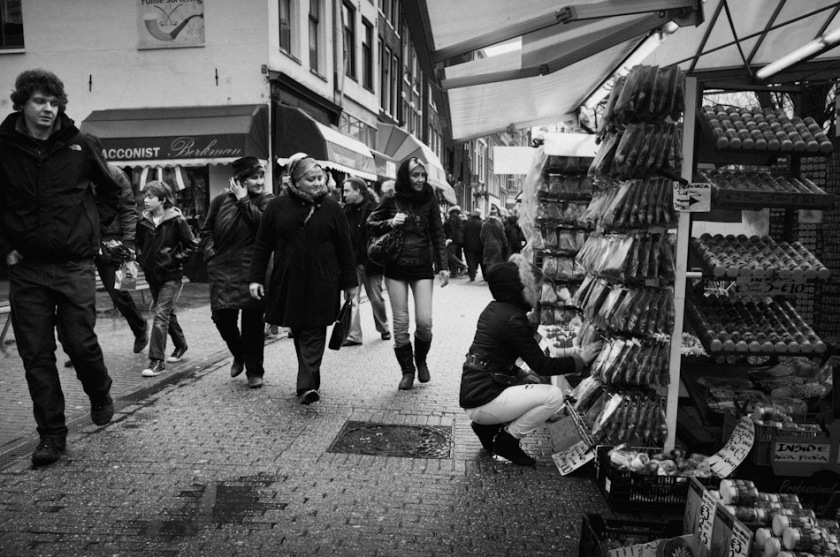 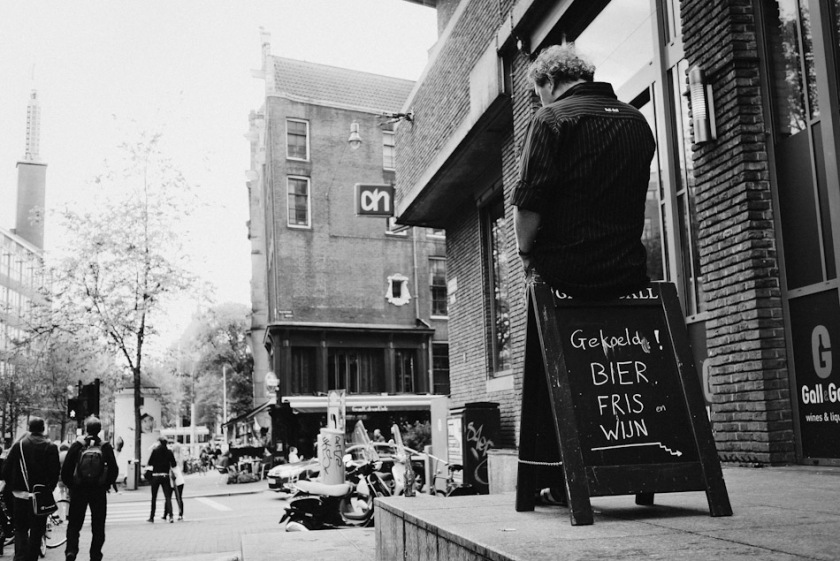 In case people do care you can check the exif data to see which camera or cameras I used. For me it personally doesn’t matter as long as I feel comfortable with it. Don’t care if it has a red badge or the name of an electronic consumer products manufacturer. The one that is with me is simply the best. What works for me might not work for you. To get things into perspective read this review by Zack Arias about the Fuji X100. You know, that camera with the tiny buttons and wrong interface according to many forums.

Oh yeah, Ricoh bought Pentax from Hoya last week. Any thoughts from me? Nope, not really. Only Hoya gave a press statement, but not Ricoh. It would only be speculative and there are already too many websites and forums focused on just that. I am no Thom Hogan. Well one thing, it won’t kill the GRD I think. But I really don’t care if a camera is from Ricoh, Pentax, Leica, Canon, or Nikon. It is a freakin’ camera and it should help me take photographs. As long as manufacturers produces the cameras I like I am OK with that.

I sometimes receive questions whether the questioner could get similar results with out of camera (OOC) B&W jpegs like my B&W photographs. Honestly I find that hard to say. Some cameras do pretty good B&W’s in-camera, some not. But most importantly it is all a very personal taste and it depends on your expectations. To give you an impression I added the image below to see and judge it for yourself. Above OOC and below with some post processing. In this case I used Adobe Lightroom version 3 where I use the curve to reduce the dynamic range and a S-curve for more pleasant contrast. I use an adjustment brush with negative clarity to diffuse the highlights (makes the edges near the highlights more appealing in my opinion). Sometimes a vignette and some additional grain. And basically that is all.

I looked for some black and white film today in my hometown, but nothing to be found. I really want to try it again and compare the photographs with those of my GX200. 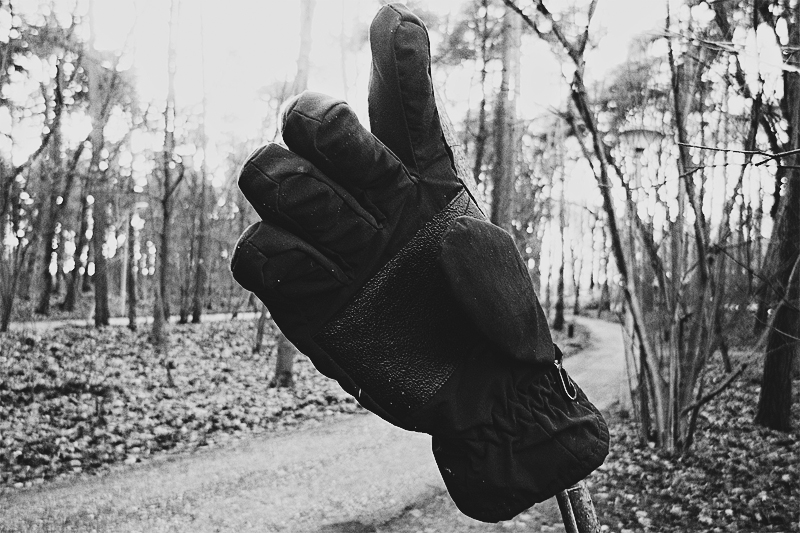 History
In the last year I have used the Ricoh GX100 very intensively as my main camera. I have been very pleased with the photographs from the GX100 and the way I could tread the RAW files in post processing. Yes, it was noisy. But the noise was mostly luminance noise, so there was no need for me to apply any noise reduction on my photographs. I rather call it character. It was no perfect camera either. Basically unuseful above ISO 400 (too noisy and loss of details), the autofocus became almost useless in the dark, and slower writing times of RAW files (around 6 seconds). It locked up once (had to remove the battery), and I had dust in the lens three times within a year!

I mention this in the past sentence, because Ricoh replaced my GX100 with the recently released GX200. It is basically the same camera, but some things changed. The GX200 uses a different sensor with two more megapixels (12 million pixels in total). Ricoh increased the buffer for faster RAW shooting. They added a third MY setting and a second function button. A larger screen, electronic level indicator, and flash compensation! 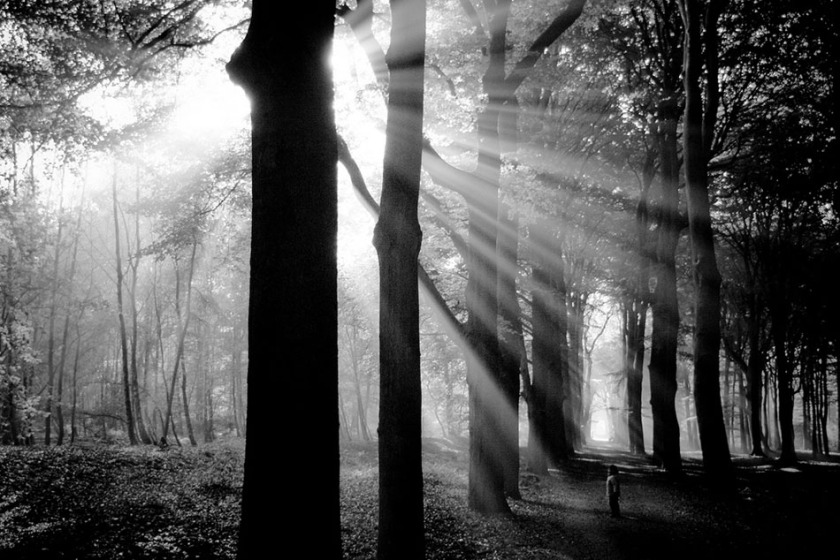 Camera handling
How I use my camera? I shoot 3:2 RAW and set up my camera to save a B&W jpeg as well. I changed the B&W image settings with +2 contrast and +1 sharpness. I set the ISO to 100, -0.3 EV, auto white balance, multi AF, multi exposure metering, noise reduction off, step zoom on, electronic level setting off, no AF aux. light, and no image stabilization. I set up my camera in aperture mode with a standard aperture of f4.6. I set up MY1 with 24mm, MY2 with 28mm, and MY3 with 35mm. That way I could switch instantly between the different focal lengths.

I would say there is an improvement in the handling of the camera. I love the addition of the new MY3 custom setting, and the second function button. Before there was only one function button on top of the camera. It was on the left side and a bit hard to use. You had to use the left hand to press that button. I used that button on the GX100 for the AE lock. On the GX200 I used the new function button for AE lock. This button can be pressed with the thumb of the right hand and is really easy to use.

A new great feature is the target shift function, previously only available for macro, for AF and AE. I was absolutely not impressed by the electronic leveler. It was very distracting for me, and only useful when I had the camera on a tripod. It really slowed me down.

I mentioned it before, but you can really work faster with the GX200, especially in RAW. In 3 blinks a 3:2 RAW file with a fine jpeg was captured. That is so much faster than the previous 8 to 9 blinks of the GX100 (using a Sandisk Extreme III 2Gb card). Ricoh did an outstanding job here.

I regard myself as an available light photographer. I try to minimize the usage of flash as much as possible. But since Ricoh finally added flash compensation to the GX200 I have used the flash more often in the last three weeks than that I used the flash of the GX100 in the last year. It is so much better in my opinion.

Photographs
Enough talk about the camera. When it is good, I don’t try to think about it. For me it is all about the photographs, and the underlying question whether the GX200 is an improvement of the GX100. First the feature I will not use that much, the flash. I said before I used it more frequently than ever before. It performs so much better, and it is less a hit or miss.

So the GX200 does have a lot of differences, and improvements. At least on paper it does, but after over 1,200 photographs I have some serious concerns with the GX200. The noise is more obvious, and limits the usage of the RAW files in regard to my B&W conversion technique in Lightroom. I feel there is especially more noise in the blue channel. Since the noise is more apparent, there is some serious loss of details. Sharpening does not really improve this I think, the GX200 images remain quite soft. I don’t really want sharp photographs, but I like a particular bite. 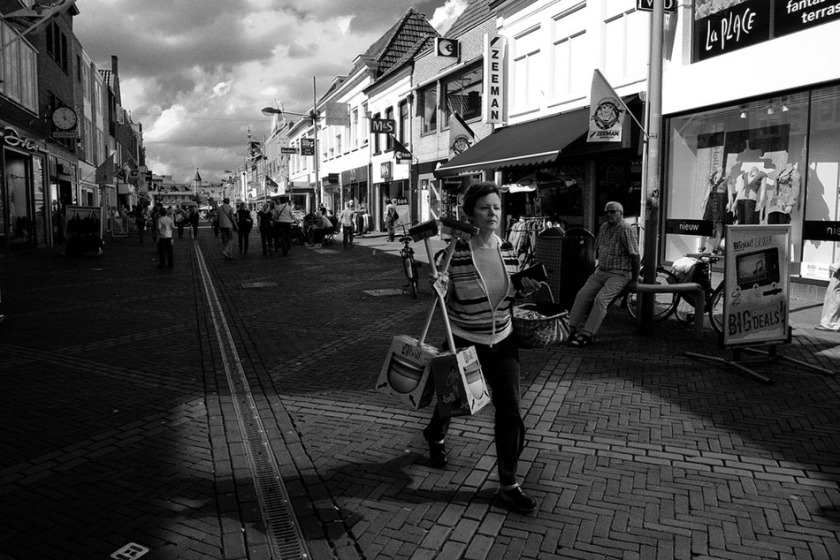 The funny thing is that the in-camera jpegs often look better know than the RAW files. Especially the sharpness and contrast is more pleasing in combination with the applied image settings. I wonder if I should really use it as a RAW camera, or as a jpeg camera, despite the faster writing times. The jpegs are not that bad in my opinion.

I also have some issues with bright light sources at night. They draw differently on the GX200. Maybe that is the result of the new sensor, and the slightly changed lens design to accommodate the new sensor.

Initial impressions
I received the GX200 as an replacement for my GX100 which suffered dust problems for the third time recently. And I am almost sorry to say, but I feel it is not a real improvement of the GX100. Yes, it is faster and it handles slightly better. But I think there is a slight decrease in image quality. The GX100 was a fun camera from A to Z. The GX200 is fun from A to M, but when you post process the photographs the limitations of the new sensor unfortunately become pretty apparent. I could say I kind off miss my GX100.

Now people will off course blame the increase in pixels from 10 to 12 million pixels for the decrease of image quality. But I think it has more to do with the fact it is a different sensor Ricoh uses for the GX200. If you don’t sell the amount of cameras like Canon, or Nikon you can’t force vendors to make specific sensors for you. It would just be too pricey. Instead you have to buy what the market offers you. And than you have to alter the hardware and software of your cameras, and unfortunately these can’t keep up with the previous cameras from Ricoh.

Secondly, I thought it might also have to do with Adobe Lightroom. Since the RAW files are Adobe DNG files Lightroom can process the photographs, but maybe doesn’t respond well to the new algorithms of the GX200. On the other hand I didn’t notice any differences in appearances between the same RAW files in Silkypix and Lightroom without noise reduction and sharpness applied.

Recommendation
Now this is a tough one. When you already own a Ricoh GX100 I would suggest keeping the GX100, unless you think the camera improvements are very significant to you. When you want a serious compact camera it is still one of the best. I am not sure if the Canon G10 will beat it, but I think it will get very strong competition from the Panasonic Lumix DMC-LX3.

What next?
Despite the fact that Ricoh sent me the new GX200 I recently got an e-mail from the Ricoh Service Team that my GX100 arrived at their Service Center. So maybe I will get my GX100 back too? Since my first impressions of the GX200 weren’t that good I might have more interest in the Panasonic Lumix DMC-LX3. And although I have a lot of doubts about the Sigma DP1, it is still a very intriguing camera.

In the meantime I will re-evaluate my photography and look for different purposes. It kind of feels like you have used a particular film for a long time and all of sudden you have to deal with a different film, because the old one is not in store anymore. I will try the jpegs more frequently, and I might also try the color jpegs for a chance. I do not really like to change my workflow, but it seems it is not appropriate for the GX200.